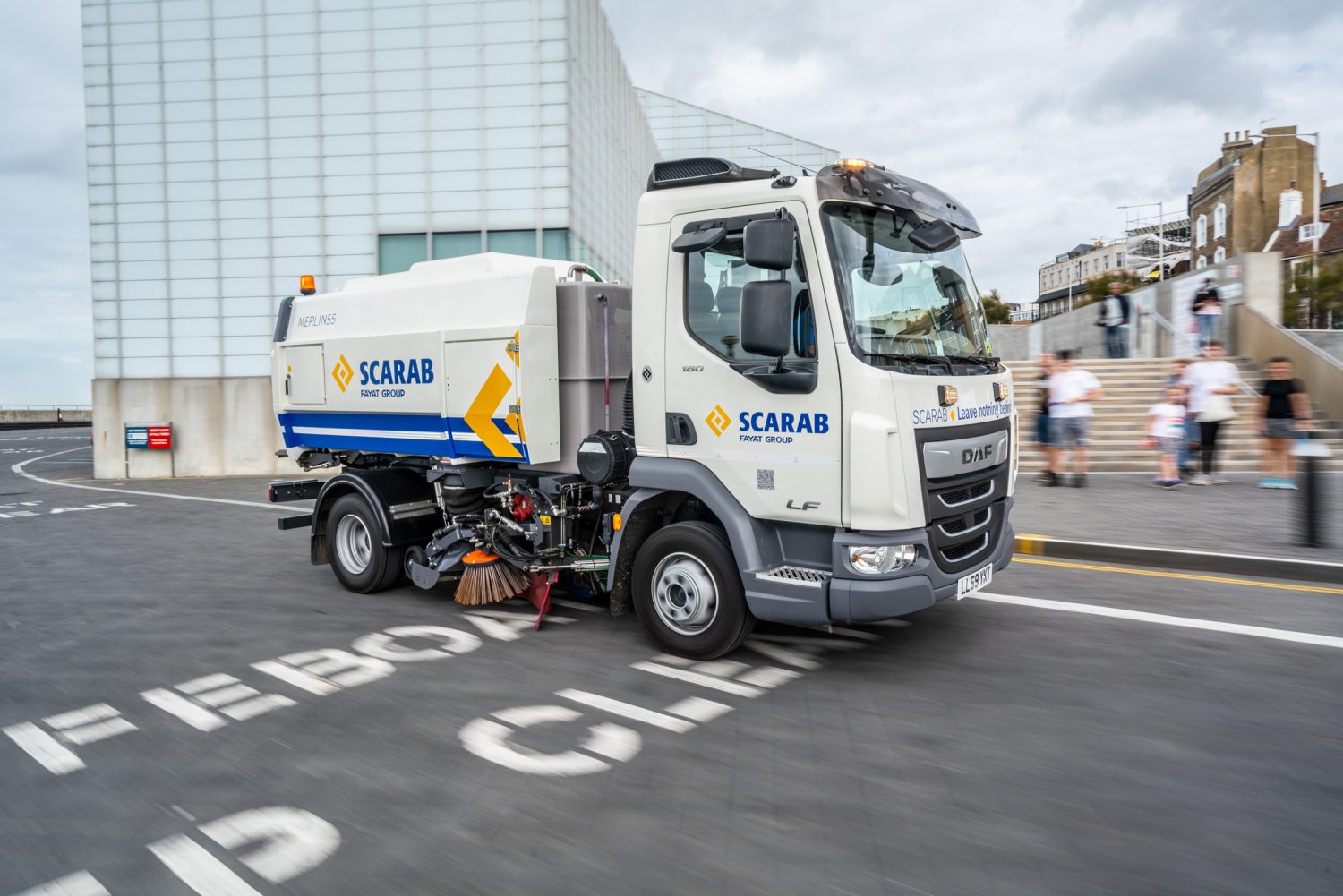 With a multitude of green sweeper solutions emerging, including electric or hydrogen, for the majority of customers these aren’t currently a practical alternative. Single-engine sweepers are still the best choice for councils and contractors that want to reduce their emissions now.

Local authorities in the UK (and internationally) are under increasing pressure to reduce pollution in a bid to tackle climate change and improve air quality for their residents. The UK Government has a target in place to bring down carbon emissions from trucks by 30% by 2030. As a result, the effects of pollution are a top priority for UK councils and the Scarab single-engine sweepers are a great investment to reduce their fleet emissions.

What is a single-engine sweeper?

A conventional twin-engine truck-mounted sweeper has, as the name suggests, two engines: one to power the truck, the other to power the sweeper.

Scarab, however, designed a hydrostatic gearbox that could be positioned in the driveline of the truck and would allow the engine power to drive both the vehicle and the sweeping equipment: hence single engine.

What are the benefits of a single-engine sweeper?

Scarab’s UK Sales Manager explains the benefits of the single-engine technology: ‘Our hydrostatic system allows the operator to maintain fine control of sweep speed and efficient use of power.’ There is also clear evidence that the single-engine sweeper is greener than its twin-engine counterpart, which Scarab also manufactures.

Scarab’s testing has also shown that their single-engine solution offers the opportunity to significantly reduce overall fuel usage. Following the procedures of the EN-15429-2 European Standard fuel consumption tests, which simulates the typical average working day cycle for a road sweeper, and comparing Scarab’s own twin-engine Maven 65 and the single-engine hydrostatic Magnum72, both mounted on 15T chassis with Euro 6 engines, they found the single-engine Magnum 72 offered an impressive 41% reduction in fuel consumption compared to its twin-engine counterpart. On top of this significant fuel saving, there is also the assurance the total engine emissions are at the latest Euro 76 standards.

Scarab’s message has always been ‘clean and green’ and after over 40 years of developing an innovative solution for the industry, there is no better time to promote the benefits of the single-engine sweeper as companies become more aware of their environmental impact when purchasing these machines.